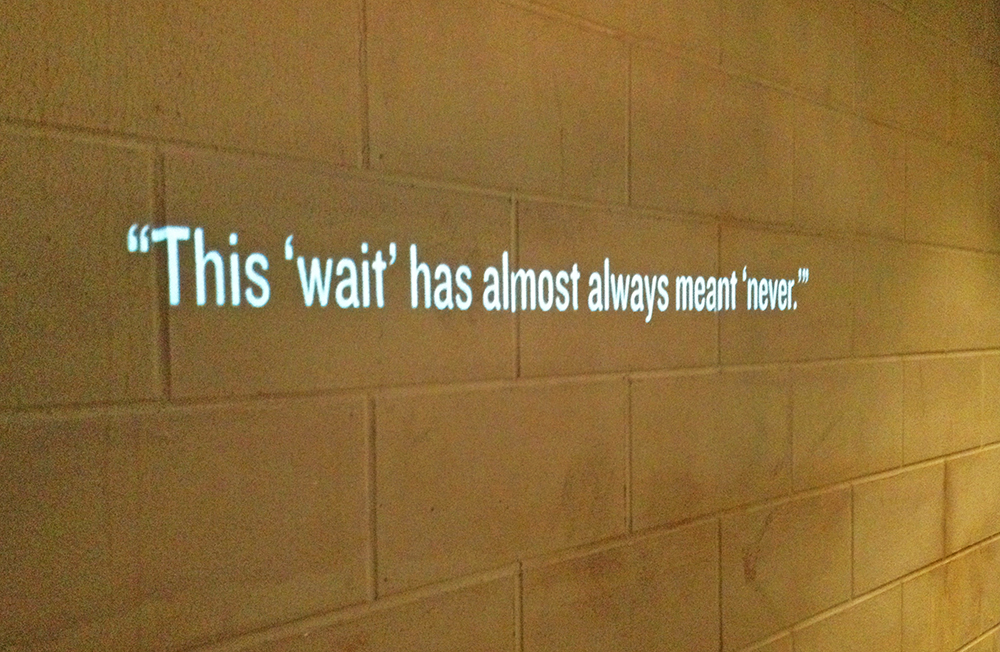 Photo: A quote from Martin Luther King Jr.’s Letter from a Birmingham Jail appears on the wall of the National Civil Rights Museum in Memphis, Tennessee.

Join the SVP Seattle community for a study group and discussion on Dr. Rev. Martin Luther King Jr’s Letter from a Birmingham Jail. The Letter from a Birmingham Jail is a timeless and powerful work that helped to propel the Civil Rights Movement in the 1960s. Initially written in April 1963 on whatever scraps of paper Dr. King could find while jailed for participating in non-violent demonstrations against segregation, it served (and still serves) as a clear call to action for all U.S. residents who cared about racial justice and equity.

The conversation will be led by Zenobia Jeffries Warfield, an SVP Seattle Partner and the former executive editor of YES! Magazine. We will explore why the Letter was written (i.e. its purpose and goal), to whom it was addressed, the impact it had on the struggle for civil rights, and the legacy and learning it offers us today.

This is a three-day series